I'm going to tell you how I really feel. I don't like the gluten-free craze. If you have celiac disease or a true allergy, then I understand, but I don't think that wheat in it's pure form is making everyone sick. Rather, I think refined, genetically modified wheat is what's making many ill, but if we could all stop eating that garbage, then I think we would find that good old humble whole wheat is not the culprit.  In going gluten-free, I think a lot of people are improving their health because this forces them to change their way of eating and thus consume less processed, chemical-laden foods, including refined, GM wheat.  But would we have the same outcomes if we all just cut out processed and genetically modified foods, increased our fruit and veggie intakes, and ate organic homemade whole wheat bread? We will probably never find out because the paleo diet appears to be taking over the world, just like its next of kin, the Atkins Diet, did before.

My allegiance to wheat now proclaimed, I will add that I make gluten-free meals and baked goods for my family not infrequently because I think that God has made all sorts of grains that are good for our bodies and that make for a more interesting palate of flavors and textures.  Wheat makes up much of our grain intake, but I want my family to also have a taste for the many wonderful grains given to us for our health and enjoyment.  So here is a GF pancake recipe I whipped up on a night of breakfast for dinner, with some coconut flour I had purchased out of curiosity. This recipe was inspired by Tessa's sweet potato muffins made with coconut flour--the first egg-free recipe I found using coconut four.  These pancakes are gum-free; frankly, I'm not sure how they hold together, but they sure did, and were adored by all. I think the combination of the chickpeas and coconut flour are what make for the magical fluffiness. As Abiline said, "We don't have a treat after dinner tonight because these pancakes are our treat!" As you can see from the picture, I also believe in chocolate chips. 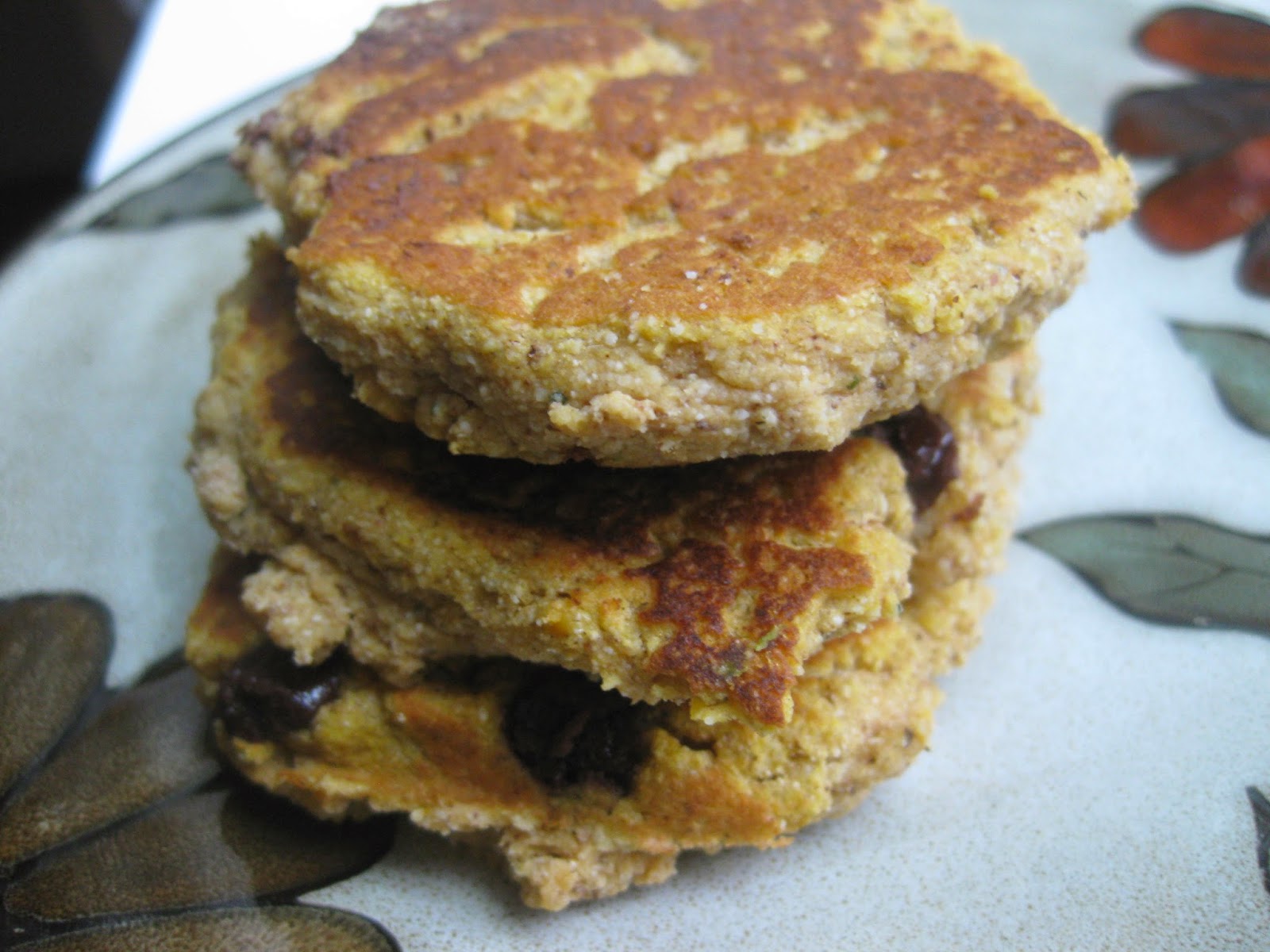 Preheat your pancake griddle or frying pan over medium heat (about 275 on the griddle). Puree the sweet potato through hemp seeds in a food processor or blender until smooth. In a large mixing bowl, combine the flours, salt, baking powder, baking soda, and cinnamon. Pour the liquid ingredients into the dry and stir until evenly moistened. The batter will be thick. Drop by 1/4 cup fulls on the preheated griddle and sprinkle with chocolate chips, if you like. After 2 or 3 minutes, check if they are firm enough on bottom to flip, then cook on the other side for 2-3 minutes more.

*To roast a sweet potato, preheat your oven to 400, line a baking pan with parchment paper, scrub the potato, and place it on the pan in the oven for about an hour. The cooked potato will be very soft and easily pierced with a fork and have golden juices bubbling from it. Do not try to steam or microwave your potato instead; to bring out the sweetness, it must be roasted. 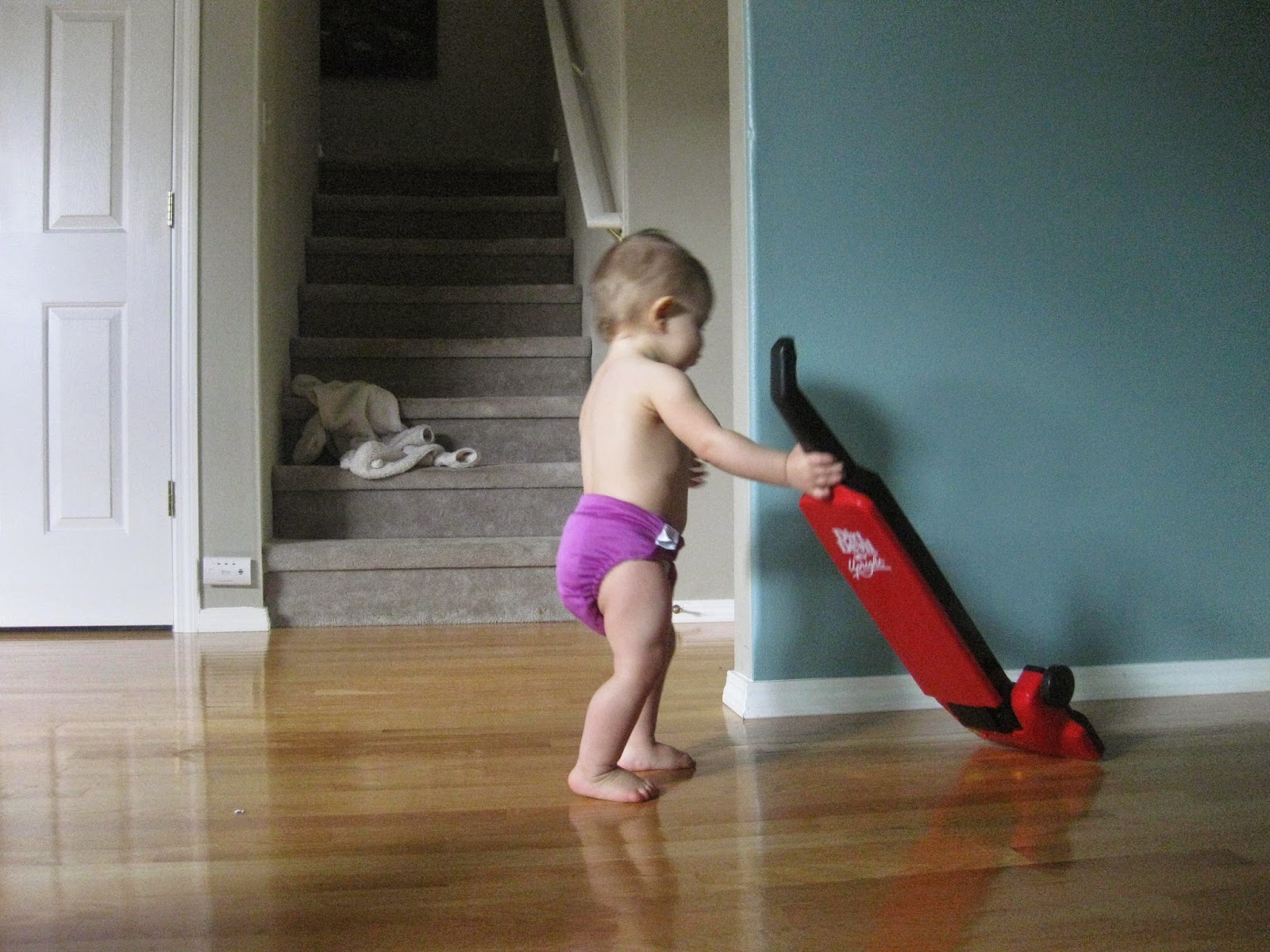 This recipe is linked to Allergy-Free Wednesday Healthy Vegan Fridays Whole Food Fridays.
Posted by Allison Holden at 10:54 AM

Allison Holden
I am a stay-at-home mom blessed with two children with multiple food allergies: dairy, eggs, soy, corn, flaxseed, nuts and peanuts, to be specific. Luckily for them, I love to cook and experiment in the kitchen. Occasionally I triumph, and they really like what I come up with.

View my Profile on